You can loose a match because of a lack of endurance but that lack can have many different faces. Maybe you are not able to keep your pace for a whole match and get to slow in the end? And when that happens is it more because of tired legs or do you have the feeling that your heart and lungs are already working at the limit?

After covering the question, what happens in our body during sporting activities and after diving into the different energy systems we now want to have a closer look at the practical importance of that theorie for badminton.

Which system do we need in badminton?

Let’s have a look at the characteristics of a badminton match. A normal match on a beginner and intermediate level usually takes between 20 and 45 minutes. On the pro level matches can take up to 90+ minutes but for now we want to focus on the times that are more relateable and realistic for the majority of badminton players.

During a match we play around 50-120 rallies and each ralley takes around 1-10 seconds with an average break of 5 to 10 seconds. Yes, sometimes rallies go longer than 10 seconds (and long rallies will also increase the time of the breaks) but on club level you will realize that more than 10 seconds are defintly the exception.

So what does that mean for our energy supply? On one hand we have short intervals with high intensity, but we have to do that over and over again, with relativly short breaks so in the end every system has its importance for a certain degree.

The meaning of the 3 systems

Being fast and explosive is key if you want to be succesful in badminton, so you need a high power output for the short rallies. As we saw in the first part, we need ATP and PCr for that, so the anaerobic alactic system. When the ATP and PCr stores are full we are well prepared to play an average ralley at a high pace with a lot of explosive jumps and shots.

But as I said, we do not only need that once but more than a hundred times if we are playing a close match, so we need to restore as much ATP and PCr in between rallies as fast as possible. For that restoration of energy the aerobic system comes into play as it is responsible to “fill up the tanks” again. So the aerobic system is not only important for long constant activities such as cycling or running but also for regeneration in between intense intervals.

But even with the best aerobic system you will most likely not be able to fully restore your PCr every time. In fact it takes up to 8 minutes to restore all of the PCr after it got completly depleted. So that means you also need some energy from the anaerobic lactic system, even if all the rallies you play are very short.

So to sum it up all the three systems are important for a certain degree:

For beginners the 2. system may not be that important at first, but as soon as your rallies and matches get longer and more intense it is crucial for badminton players to also have a well trained anaerobic lactic system!

In the last part of that series I want to give you some practical advice how to improve the three systems outside the hall but also on court in a badminton specific way.

Here you find the other parts of the series:

Part 2: The demands of badminton 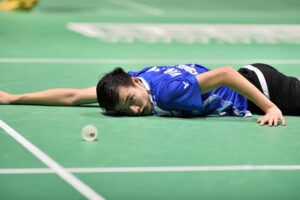 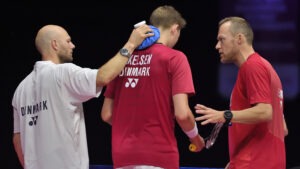 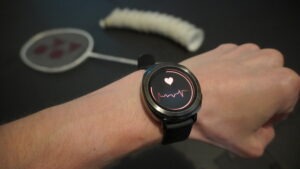